There is evidence that dance has been a part of culture dating back to prehistoric times.

There are primitive rock paintings that show people dancing as far back as the Paleolithic period.

Dance has historically been a way for people to communicate and express how they are feeling, and there are many rituals involving dance as well.

Continue reading to answer the question, “How was dance used in primitive cultures.”

The Origins of Dance

The oldest evidence of dance comes from rock paintings in India at the Rock Shelters of Bhimbetka from 9,000 years ago.

There is also evidence in Egyptian tomb paintings from 3,300 BCE, showing that primitive people used dance as a form of storytelling before written traditions existed.

Historians believe that dance was entwined with oral traditions to pass stories down through the generations.

There is evidence of early primitive forms of dance in works by Aristotle, Plutarch, the Hebrew Bible, Chinese pottery, and other sources that show how important it was to primitive cultures.

In addition to storytelling, it was used for healing rituals and celebrations, honoring the gods, and to entertain.

Cultural Traditions of Dance in Africa

In Africa, dance is a significant part of society and is used to signify major events.

It was common for African tribes to use dance to celebrate weddings and funerals, as well as wars and religious celebrations.

The dances were used to express emotions such as joy, grief, pride, and a sense of community.

Dance helped to bring the tribe together for a common goal.

In fact, different tribes in Africa had different styles of dance and accompanying music or rhythm.

Cultural Traditions of Dance in Asia

In India, many dances are rooted in the Natyashastra, and it is centered around celebrations with music that has heavy percussion.

People would wear items similar to bells that made noise on their ankles as they danced in rhythm to the percussion.

It was used as a way of dramatically expressing emotions.

Another primitive style of dance from Asia is the Bhangra, which originates in the Punjab area that overlaps India and Pakistan.

It was used in ancient harvest celebrations, as well as in marriages, community gatherings, and to recognize various social issues.

This type of dance is accompanied by singing and drums, and it was enjoyed by the entire community.

The Middle East used dances where everyone would join hands in a circle and move rhythmically as they danced around the circle.

They also used dance as a form of social gathering to celebrate love, war, or grief.

Cultural Traditions of Dance in Europe

In fact, the ballet was first performed in Italy and quickly spread to the courts in France.

The primitive people’s form of dance started as a way of bringing oral traditions to life and gathering for celebrations and grief, and it evolved into the same kind of expression of emotion but for the purposes of entertainment.

The Romans and Greeks had ritualistic dances for the gods and to celebrate various occasions.

The individual styles evolved into the styles of dance in different countries today.

Dance has long been an important cultural tradition in Latin American cultures.

It has remained important today as well.

The primitive cultures that inhabited Latin America used to dance to worship the gods, celebrate rituals, and to prepare for war.

Dance was also used to bring communities closer together, which continued throughout time.

As people from other continents began to settle in Latin America, dance was able to unite people from different places.

Dance was the common theme that brought people together.

How Was Dance Used in Primitive Cultures: Primitive Dance

Primitive dance, no matter what the culture, was used by tribes and small groups of people to bring them closer together and help to unify them.

Dance was an important part of their daily lives and a way of expressing their emotions and bringing the tribe closer together.

Different people had different societal roles in primitive times, and the dances were based on this.

Tribal leaders would play a more pronounced role and be dressed in more elaborate outfits.

Often, primitive people used drum beats to keep the rhythm of the dance.

Over time, tribal dances and other primitive dances evolved in different cultures.

This is visible in the different styles of dance that are out there today.

For example, in Latin style dances, you have the Tango, the Samba, and other dances with similar origins, while the Waltz, the Fox Trot, and other ballroom styles evolved throughout Europe.

Middle Eastern dances still focus on moving the body and using cymbals and other instruments as people dance in a celebratory fashion, and the ballet was formed in Italy and spread throughout Europe to become a very popular storytelling style through dance for entertainment purposes.

Although dance styles today differ from the original primitive forms of dance, it is still an integral part of society throughout the world.

Dance is used in celebrations and is designed to bring communities closer together.

The traditions have changed when it comes to funerals and other more somber events, but there are still ritualistic features rooted in original tribal dances. 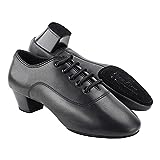 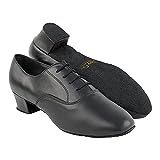 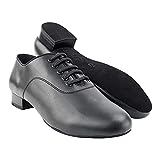 In primitive cultures, people used dance as a way to come together and celebrate, grieve, worship, and tell stories.

They passed oral traditions down from one generation to the next by pairing dance with singing and stories.

Tribes would worship the gods together, and they would have weddings and funerals with dance as an integral part.

When primitive peoples were getting ready to go out to hunt, they would perform dances to gain the favor of their gods.

They would prepare for war in much the same way.

Dance was used as a part of everything they did, and it was a way of communicating, promoting unity, and expressing emotions.