Are you new to dance and feeling a little lost? Don’t worry, you’re not alone.

There are a few basic steps that every beginner should learn, and this blog post will teach you six of them.

Keep reading for easy-to-follow instructions on how to execute these moves.

You’ll be dancing like a pro in no time! Let’s take a look at what these are:

6 Simple Dance Steps that Anyone Can Master

The Grapevine is a simple dance step that features in ballroom dance, folk dance styles, and even aerobics.

There may be some variations across different dance styles but the side steps and other steps across the support foot are a common feature.

Hesitation is a dance move that features in the Waltz. It features 6 simple dance steps.

The dance partners will turn around each other in a clockwise manner.

The term ‘Hesitation’ refers to an action where three weight changes take place.

Due to the weight changes, the bodies of the dancers slow down and they appear to be ‘hesitating’.

The rock step is a two-step sequence.

You begin by keeping your feet close together then lift one foot.

You then cross this foot behind the other so that it is at a 45-degree angle.

Your feet should be 12 inches apart.

It goes like “one and two” and then “three and four”.

At the count of one, you must press down on the ball of your foot, and then transfer your weight to the back foot.

This is followed by transferring your weight to your front foot again.

At the count of two, you must bring your foot back to its initial position.

The next two beats are a repeat of the same step.

Balance is the most important part of the Rock Step.

When you shift your weight quickly from one foot to another, you can lose your balance.

To avoid this, you start slowly and increase your speed as you get more used to the steps described above.

These simple dance steps feature in a foxtrot.

The steps are different in terms of direction for a man and a woman.

When trying out a basic forward, the man must use his left foot to move forward slowly.

This is followed by putting his right foot forward (slowly).

Next, he must quickly sidestep to the left using their left foot.

This is followed by another quick step where the man moves his right foot so that it aligns with his left foot.

A basic backward is a repeat of the basic forward in the reverse direction. The man must step backward slowly using his left foot.

This is followed by another backward step using his right foot.

Once again, this is followed by a quick sidestep to his left using the left foot.

The sequence ends with another quick step where the man moves his right foot so that it aligns with his left one.

Basic forward and basic backward are similar for women, except that they move in the opposite direction.

The kickball change features in the East Coast Swing.

It can also be found in ballet, tap dancing, and hip-hope.

This dance step has three kick steps that are followed by a ball change.

You must kick or flick with your left foot and step forward before putting your foot down.

You then switch to the other foot and kick forward before setting it on the ground again.

This is followed by another kick step before you tap the ball of the other foot and start again.

If you are doing the kickball change as part of your dance routine in East Coast Swing, then you must be more graceful and fluid instead of bouncy.

The cross-body lead is a dance step that features in salsa and other types of ballroom dancing.

It is a variation of the Basic step but involves more turning.

This gives you the liberty to move around freely on the dance floor.

The timing between a man’s turn and a woman’s turn is different.

The four-step in Tango, the Promenade hesitation in the Viennese Waltz, the Chasse reverse turn in the Quickstep are considered as extremely complicated moves.

However, not everything in ballroom dancing is as complicated and there are many simple dance steps that you can learn to master very quickly.

Did you enjoy reading about these simple dance steps?

If you are looking to master ballroom dancing at home, then watching dance videos will be a big help.

You can also consider joining a good ballroom dance studio. 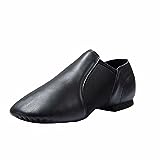