The five most popular Latin dances are the Cha-cha, the Rumba, the Samba, Merengue, and Salsa. Each one has its own unique step patterns and flavor.

If you’re interested in learning any of these dances, it’s a good idea to start with the basics and work your way up. In this post, I will be discussing this topic in detail. So stick with me, and you will be able to find out about these five dances.

What are the 5 Latin Dances?

Chacha is a Latin dance style that originated in Cuba. Chacha was introduced and was popularized in the early 1950s by Cuban composer and violinist Enrique Jorrin. This rhythm was derived from the danzón-mambo.

The dance’s name is derived from the shuffling sound of the dancers’ feet. The chacha is a triple step followed by two rock steps. This pattern is used in many other dances, such as the Mambo. The chacha is easy to learn, and anybody can do it.

The origins of the Rumba are humble. It’s a passionate dance with African and European roots. People from Cuba originally performed Rumba. This is the most sensual Latin dance, according to many people.

It later spread throughout the world, but it was in Cuba that it became the most popular Latin dance. It is known as the grandfather of other Latin dances.

A slow, sensual pace characterizes rumba dancing. Therefore there is a significant focus on hip movements (figure 8) and arm extensions to expose the music’s mood.

Samba is a Brazilian dance that originated in the country’s northeastern region, where African and European cultures mixed. The dance is often performed to the music of Samba, which is itself a mix of European and African rhythms.

The rhythm and energy of samba music often lead to high-spirited dancing, making it a popular choice for parties and celebrations.

Ballroom samba, one of the five international styles of Latin dancing, is one type of samba Dance.

The Ballroom Samba differs significantly from other Brazilian Samba styles but still has various original features.

Merengue dance is a style of dance that originated in the Dominican Republic. It’s a partner dance typically danced to merengue music, a type of Afro-Caribbean music.

The merengue dance has become one of the most popular dance styles in Latin America and the Caribbean. It’s loved for its simple steps and upbeat rhythm.

The salsa dance is a popular partner dance that originated in Cuba. It is considered a Latin dance and typically includes intricate footwork and hip movements.

The salsa dance has become popular worldwide, and many different styles have developed.

Salsa is strongly influenced by Afro-Cuban customs and dance styles such as Mambo, guaguanco, and danzon.

There is a wide range of salsa styles derived from the cities where it was created.

New York Salsa (also known as dancing ‘On 2’) and Los Angeles Salsa (dancing ‘On 1’) are two examples that stand out in North America.

According to many salsa fans, the term and dance were established in New York, and NY Style salsa is said to be the original style of social dance salsa. Other styles include Cuban salsa, Cumbia, Rueda de Casino.

Learning salsa dancing lessons will help you get fit, feel good on the dance floor, and connect with your body even more than before.

Latin American dances are ballroom and club dances popular in Latin America during the 1800s and still dance today worldwide.

Latin American ballroom dances are all rhythmic and passionate, with some of them being particularly sensual.

We hope you enjoyed this article about Latin dancing. If you’re interested in learning any of these dances, it’s a good idea to start with the basics and work your way up.

Which one are you most intrigued by? What are some other Latin dance styles that aren’t on our list? Let us know in the comments! 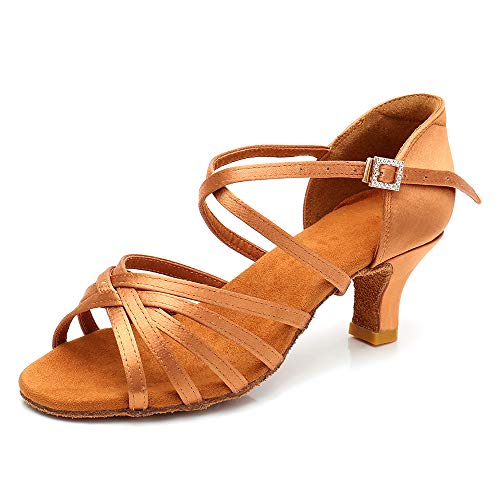 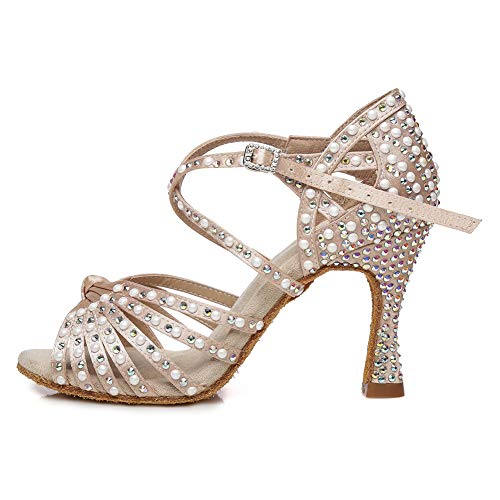 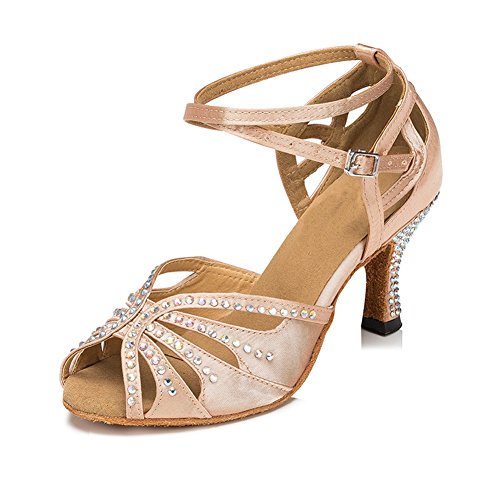