Are you curious about the different types of ballroom dances? There are a lot of them, and each one has its own unique characteristics.

In this post, we’ll take a look at some of the most popular ballroom dances. Stay tuned – we’ll be covering each one in detail in future posts!

Ballroom dancing is an umbrella term for a wide variety of partner social dances.

The dances differ in techniques, costumes, and rhythm, but they all have common elements such as control and cohesiveness, elegance and flow.

The different styles make it a dance for people of all dance levels including the beginners.

Because of the rise of dance sports today, the scope of ballroom dance has become narrow and now denotes the internationally-recognized two styles:

Below are the ones characterized as standard styles of ballroom dancing.

Waltz was first danced as a country-folk dance in Bavaria and Austria in the 17th century and later introduced in England in the 19th century.

It is the smoothest type among all ballroom dances, and it consists of uninterrupted turns, rise and fall, and long, flowing moves.

It involves postures where the man holds the woman close to his body.

While dancing, the upper body is maintained to the left side throughout all stances.

On moves where the woman leaves the man, she must be on his right side while her head extends to follow the elbow.

The movements in waltz involve rotations with a slight rise and sways on the second step.

Tango came from Buenos Aires in the late 19th century.

It involves movements where the women dance in harmony with the tango male leader.

The dance is like walking to music, but you keep your feet grounded.

On every step, your knees and ankles brush against each other.

20 Reviews
You Can Dance! Foxtrot / Vicki Regan
View at Amazon

Foxtrot is an American ballroom dance first performed by Harry Fox in 1914.

It is very easy to learn, making it the ideal ballroom dance for beginners.

It involves long, smooth, and flowing movements through the dance floor. 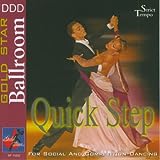 The quickstep is an English dance developed in the 1920s.

It is characterized by fast movements including runs, walks, chases, and some combinations of the Charleston and quicker tempo of the foxtrot.

The Latin styles of ballroom dancing usually have more complicated steps and forms, which are suitable for advanced ballroom dancers.

Originating from Spain, pasodoble is basically a dance that portrays bullfights.

It has many choreographic instructions, which is the main reason why it is popularly performed in competitive ballroom dances.

Fashioned from the form of trova and using the traditional song in eastern Cuba, the Cuban bolero is the most loved ballroom dance in Latin America.

It is a dramatic dance of couples falling in love with which the movements involve a combination of other ballroom dances including slow salsa, rhumba, waltz, and foxtrot.

The Spanish bolero was formed out of seguidilla in the late 18th century and was popularized by famous court dancers like Sabastian Cerezo.

It was widely performed in the 19th century, but it became outdated in the 20th century.

It was replaced by Cuban bolero; another bolero style danced along with a Cuban music genre.

As the national dance of Brazil, samba is widely enjoyed by Brazilians of all ages.

It can be danced socially with a partner or solo during the Carnival in Rio de Janeiro.

It is also performed in many parts of the world such as Paris, the U.S., and Latin America.

It originated from Cuba and arrived in the U.S. in the 1920s.

Among the ballroom dances, Rhumba is the most sensual and romantic.

Mambo is also a Cuban dance.

In fact, it is the spin-off of danzon, the national dance of Cuba.

It was developed by brothers Orestes and Cachao Lopez in the 1930s.

Mambo is considered the most emotional ballroom dance.

It involves arm movements, facial expressions, and hip movements that make up the overall sensuality of the dance. 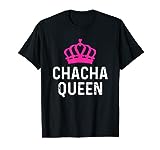 It is also performed with curving and straightening the knees.

Enrique Jorrin developed cha-cha in the 1950s as a sluggish version of Mambo.

The foundation of all ballroom dances is the box step.

You can practice this movement before you enroll yourself into a ballroom dancing class so you would get the feel of it all.

In performing a box step, you basically move your feet in a square.

You start with your feet together while putting your weight on the right foot.

Then, move your left foot forward in only a small step while you transfer your weight on this foot.

Forward your right foot through the side of your left foot, ensuring that there is a small space between your feet.

Do the second sequence, only backward.

Always remember that you always move the outside leg, instead of the inside leg, around the square.

Learning how to ballroom dance may be easier than you think.

The most basic, practical way to learn it is to get familiar with the different types of ballroom dances out there.

Ballroom dancing is a very enjoyable social dance that involves a wide variety of styles.

Depending on your level, you can choose the style that best suits your preference and mood.

For beginners, the most popular and easiest ballroom dance is the foxtrot because it consists of long, smooth, and continuous movements throughout the dance floor.

Learning one to two basic steps is enough for you to dance in public.

The important thing is that you don’t say “no” to dancing and that you keep wanting to improve.

Experienced ballroom dancers will be there to guide you and help you have fun on the dance floor.

This is a simple guide for beginners to help them identify which type of ballroom dance they are most drawn to. 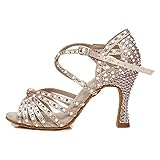 [Related] What is the difference between the ballroom and Latin dance.

[Related] What are the 5 ballroom dances.

4 thoughts on “12 Types of Ballroom Dances and Their Definition”