The beauty of ballroom dancing cannot be stressed enough with its nuanced techniques, creative steps, and fun-filled environment.

Ballroom dancing comes in many flavors whether it is the Quickstep, Rumba, Tango, Samba, Lindy Hop, or the adored Cha Cha.

Each dancer brings something unique to the art and that’s what makes ballroom dancing special.

It welcomes people from all walks of life with their diverse twists and turns.

Over the years, certain dancers have managed to find their way to the top of the charts through skill and creativity.

Here are the top ballroom dancers in the world:

*We hope you love our articles! Just so you know, as an Amazon Associate, we earn from qualifying purchases. Thank you if you use our links, we really appreciate it!

It was in the heart of 1992 when William Pino put on his dance shoes and paired up with Alessandra Bucciarelli.

His claim to fame was the sharpness of his choreography with an assortment of nuances people fell in love with over time.

While he wasn’t able to get his hands on a World Title, he is still one of the biggest and most respected names in ballroom dancing.

In the 1960s, ballroom dancing was synonymous with Peter Eggleton as he went on to become a three-time world champion.

He was all about the little details and maximizing the “quickstep” with a passion like never seen before.

Peter Eggleton has remained a big name in ballroom dancing as the years have gone by because of the new styles he crafted and promoted.

It was this balanced dancing that made him an acclaimed name among his peers.

Who are the most famous ballroom dancers:

Kym Johnson is well-known for having spent time on Dancing with the Stars in Australia including being a judge.

Her abilities have been seen on numerous occasions has led to several TV performances.

She is considered as one of the most famous ballroom dancers in history.

It was at the age of 13 when she began dancing and working on her craft.

In many ways, she was not only one of the most talented names in ballroom dancing but also a dedicated professional from day one.

Her abilities led to a second-place finish at the Australian Dancesport Championships and she has managed to build a positive reputation over the years by helping other dancers.

John Wood started ballroom dancing in 1987 when he joined up with Anne Lewis.

The best part of Wood’s dancing was his fluency as a big man.

He was able to get around despite his size and that is what led to the Professional World Championship with his partner.

Due to his size, he was able to put together dance routines that were unique and truly mesmerized the audience.

He was able to work on his craft with the help of several partners and his legacy continues to be celebrated to this day.

He’s considered one of the top ballroom dancers in the world.

When it comes to child prodigies, Charlotte Jorgensen deserves a spot on the list because she began at the age of two.

She managed to excel at ballet along with ballroom dancing, which is why she is renowned as a true dancing specialist.

In 1994, she was entered into the Rising Start Championship alongside Jens Werner and end up winning the trophy.

She was also near the top in the World Professional Ballroom Championship.

It was all about making the most of her dancing skills and she was able to do it better than most.

For many, she continues to be an inspiration as a pioneer of ballroom dancing.

This is a newer name among the famous Latin ballroom dancers but he deserves a spot with the best.

The beauty of his dancing is seen through the sharp technical prowess, charm, and professionalism.

Everything is detailed and the amount of skill that goes into his dancing is what’s special.

He is also regarded for having a graceful setup that is ahead of the curve among his peers.

As a role model, he continues to be heralded in the 21st century.

Ballroom dancing was considered a traditional art form until Richard Gleave came into the equation as an eight-time world champion.

The reason for his rise had to do with the balance of technique, grace, and creativity.

He was able to do a lot in a short period of time and that often included the use of his strength.

Everything he did was silky smooth and that won him a lot of fans over the years.

When it comes to having a glittering record full of stardom, Fred Astaire has to be near the top of the list.

His performances have become iconic including the work he’s done with Ginger Rogers.

He was also able to perform in a multitude of films such as Irene Caste, The Gay Divorcee, and Flying Down to Rio.

Everything about his work had to do with the charm that exuded from his presence.

He was able to please people with his dancing and that is a heralded part of his appeal.

Astaire is well-regarded for having helped with songs with Irving Berlin, Jerome Kern, and even Cole Porter over the years.

However, his biggest claim to fame had to do with the dancing as he maximized the use of comedy and drama into his performances.

When it comes to perfection, Donnie Burns has to be among the best in the business.

He didn’t lose a dance competition for 20 years, which is a world record.

The joy of his dancing was impossible to ignore in his prime as he worked on delivering crisp performances with gorgeous transitions.

Over time, he was able to win over millions of fans especially as he increased the difficulty of his dances in competitions.

As time has gone on, he has managed to spend time on Dancing with the Stars and continues to provide dancing lessons as a teacher.

Born in Palestine, Pierre Dulaine had to flee to Jordan as his father was Irish and mother was Palestinian.

As a teenager in the UK, he was able to begin dancing during his teen years before relocating to New York.

This is when he was able to find a partner in Yvonne Marceau and won a World Championship.

Dulaine also spent time performing on Broadway before setting things up in London.

One of his biggest accomplishments was the work he did with disadvantaged kids.

He was able to set up a ballroom to help these kids and even created a documentary named Mad Hot Ballroom.

The final name on the list would have to be a Russian dancer named Slavik Kryklyvyy.

He was able to impress millions of people with the work done on Latin dance themes.

Over time, he continued to change partners, which damaged his career’s longevity but the quality was evident.

The world of ballroom dancing has seen thousands of names come and go but these are among the best of all time.

They managed to do things that others couldn’t and it had a lot to do with creativity, elegance, and technical excellence beyond their peers.

When it comes to ballroom dancing, these are the biggest and brightest stars to have performed. 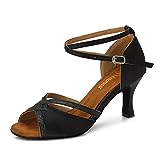 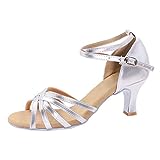 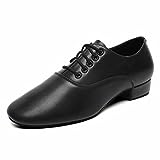 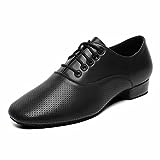 8 thoughts on “Who Are the Most Famous Ballroom Dancers?”