There are many different theories out there about who created ballroom dancing. Some say it was the French, while others believe it originated in Spain or Italy.

But the true answer may never be known for sure. What we do know, however, is that ballroom dancing has been around for centuries and has become a popular form of entertainment all over the world.

Take a look at how ballroom dance has evolved to the present day. 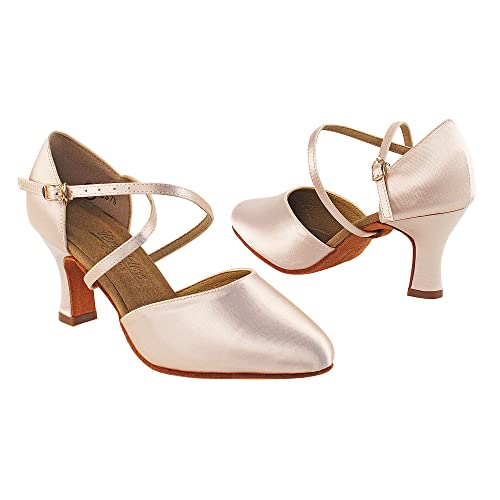 Ballroom dancing gets its name from its roots.

Hundreds of years ago, ballroom dancing took place at balls, and it was mostly an event for the wealthy.

Back in those days, ordinary people would get together and enjoy folk dancing.

Today, ballroom dancing is for everyone.

Whether you want to have a fun evening out, attend a wedding, or become a competitive dancer, there are many options for pursuing ballroom dancing.

In 1650, Jean-Baptiste Lully presented the Minuet to Paris – a dance that would control ballroom till the end of the 18th century.

It began as a social event or celebration for the upper class.

In the beginning, ballroom dances were different in different countries and regions.

You can’t talk about who created ballroom dancing without mentioning that it developed from folk dances that were popular in various areas.

The first popular ballroom dances were the Minuet, the Quadrille, the Polka, and others of that kind.

Dances that use the “close hold” position originated in Western Europe in the sixteenth century.

The reason that ladies take their position on the right side of the men is that the men carried their swords on their left side.

These dances move in a counter-clockwise fashion because the men stayed to the inside to make sure their swords didn’t hit the audience.

Also, the ladies needed to move forward so as not to step on the hem of their dresses.

In the 1800s, Ballroom dance became very popular in England.

The Waltz was a dance that the English developed to what it has become today.

There were still other popular dances, such as the polka and the mazurka.

During this time, more attention was paid to etiquette and rituals, and ballroom dance fit in well with this.

Children in the upper classes were educated on how to ask a partner to dance.

They also learned the appropriate conversation to have while dancing.

In addition, ballroom dance spread to the United States.

Etiquette was important, and ballroom dance was taught as a part of the protocol.

The upper classes are those who created ballroom dancing.

Today, ballroom dance is much more than a social event.

With dance studios offering lessons in almost every city, anyone can learn and enjoy ballroom dance.

It is not limited to social events, as competitions have become widespread.

Ballroom dance has become an excellent activity for anyone who wishes to give it a try.

So, who created ballroom dancing? The answer is a bit complicated. Ballroom dancing has its roots in folk dancing, and it was mostly an event for the wealthy back in the day.

However, nowadays it’s enjoyed by people from all walks of life. If you’re curious to learn more about ballroom dancing or want to try it, we encourage you to do so! Who knows – you might just fall in love with this fun and elegant dance form.

This presentation contains images that were used under a Creative Commons License.