What are the 5 Ballroom Dances? What do you need to know about partner dances before you start learning them?

These questions and more will be answered in this post so let’s get started.

What are the 5 Ballroom Dances?

5 Reviews
The Essential Guide to Ballroom Dance
View at Amazon

The 5 ballroom dances are the Waltz, Foxtrot, Tango, Quickstep, and Viennese Waltz.

They are all danced with a partner and are considered to be some of the most elegant of all the ballroom dances.

While social dancing can be any kind of dancing that is done in a more relaxed social setting, ballroom dancing is usually more formal and often done in competition.

Knowing the difference between these two types of dancing will help you to better understand What are the 5 ballroom dances.

There are two styles of ballroom dances – American and International.

American style is danced mostly in the USA.

Essentially, the Standard and Smooth categories have the very same dances, and the Latin and Rhythm classifications consist of generally the same dances.

In competitions, this is how they listed by dance:

Below you will discover a simple explanation of the leading most popular styles of ballroom dance: 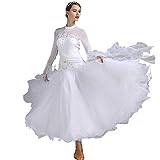 This is the most often mentioned dance when someone talks about ballroom dancing.

The Waltz is a slow, romantic dance that is often considered to be the most elegant of all the ballroom dances.

It is usually danced to music with a 3/4 time signature and is characterized by its smooth, gliding movements.

20 Reviews
You Can Dance! Foxtrot / Vicki Regan
View at Amazon

Foxtrot is an all-American dance set to jazz music and can be slow or fast, depending upon the band.

The Foxtrot is a dance that is also very elegant and smooth.

It is often considered to be one of the easiest of the ballroom dances to learn.

The Tango is a more passionate dance that is usually danced to music with a 2/4 or 4/4 time signature.

It is characterized by its sharp, staccato movements and often has a dramatic feel to it.

The Quickstep is the fastest of the ballroom dances and is danced to music with a 4/4 time signature.

It is characterized by its quick, light steps and often includes hops, skips, and runs.

The Viennese Waltz is a very fast dance that is usually danced to music with a 3/4 time signature.

It is characterized by its continuous, smooth turns and is considered to be one of the most challenging of the ballroom dances to learn.

This dance is a fun and sexy dance with a highlight on quick, compact foot and leg actions. 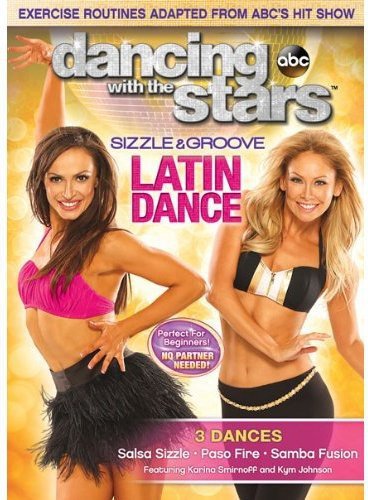 This dance has a sexy feeling with lots of hip and body action– referred to as “Cuban motion.”

The most typical swing dance in competitions is the East Coast swing, a design established by Arthur Murray and others right after the second world war.

People all over the world enjoy the competitive and social nature of ballroom dancing.

These dances are partner dances enjoyed socially and competitively worldwide.

Ballroom dance was noticed in the 16th century in France for the very first time.

Throughout the very first half of the 19th century, a lot of ballroom dances, such as the polka and the waltz, were an essential part of gatherings called assemblies.

These were planned nights for a minimal group of guests linked through family, association, or community, such as a regiment or a hunting group.

In the early 20th century, ballroom dance became very popular in the United States with the hugely successful style of dancing from Fred Astaire and Ginger Rogers.

Even though the majority of their numbers were diligently choreographed, staged, and oft-rehearsed, they affected ballroom dancing’s acclaim and acceptance greatly.

The World Dance Council is in charge of organizing the dance competitions.

43 Reviews
I Dance So Hard I Sweat Glitter: Lined Journal…
View at Amazon

The World Dance Council Ltd (WDC), previously understood as the International Council of Ballroom Dancing (ICBD) up until 1996, was developed at a conference arranged by P.J.S Richardson on September 22, 1950.

Consisting of 9 European nations and three others, today, the WDC has become the leading authority on competitive ballroom and Latin dance.

It has members in lots of countries throughout the world.

In Europe, partnered dancing is done in a wide range of styles, both casual and pro forma, however, the most visible and promoted form is what the English call “International Style” ballroom, which is based on (DanceSport) technique and styling.

Modest clubs in London began to hold events of a single dance kind, like foxtrot or tango, in the early 1920s.

Ballroom competitors began to introduce more comprehensive and more exaggerated motions into their dancing throughout the 1930s.

These changes happened in 3 phases, for three different factors.

The first stage didn’t originate from the Associations or the judge’s preferences.

It came from the audience’s response.

One of the very first examples was with the competition ballroom tango.

To quote Richardson once again, because he was among the judges at that time:

“Rivals discovered that these overstated movements, especially a sudden turn of the head when altering instructions [in the tango], made the kudos of the viewers, if not the marks of the judges.

The quickstep was likewise going through a stage of eccentricity.

These changes happened because of the desire of rivals to win approval from the crowd.”

These movements were sometimes condemned by the judges initially.

However, the Associations didn’t like the new changes, but they eventually gave in, and it became the brand-new characteristic.

Now that you know What are the 5 ballroom dances, you can start to research where you can learn them.

Many dance studios offer classes for beginner dancers, and there are also many online resources that can help you to get started.

Once you have a basic understanding of the steps and movements, you can start practicing at home or with friends.

Before long, you’ll be ready to take your ballroom dancing skills to the next level and compete in competitions or dance in public like a pro!

Is the swing ballroom dancing?